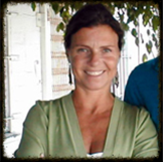 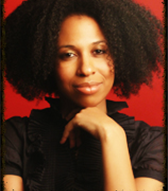 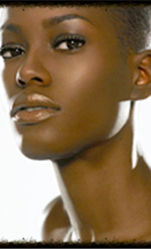 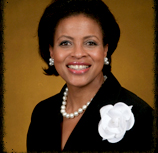 Barbara Modeste is an award-winning multi-million dollar sales professional with expertise in management, coaching, mentoring and teaching. She has a strong record of achievements which includes driving revenues, improving sales team performance, building new business and forging strong relationships with external business partners. These include competitive high-end retailers, such as Fortunoff and Saks Fifth Avenue. In here role as the Diamond Department Manager at Fortunoff, she influenced, motivated, trained and cultivated her sales team to become million-dollar producers. She surpassed her sales goals 12 consecutive years. Ms. Modeste continues such successes at Saks Fifth Avenue in New York City, where she is a mulit-million dollar sales consultant in the Fine Jewelry Department and is a member of the Elite Million Dollar Sales Club. Ms. Modeste specializes in fine jewelry as well as fashion apparel and accessories. She is known for creating a remarkable and informative luxury shopping experience for clients. Her strong jewelry knowledge, great sense of style, and charming personality has made her a much sought-after consultant.

​Ms. Modeste was recognized by The Big Apple Presidents’ Council of The Links, Incorporated for hosting a private cocktail party at Saks Fifth Avenue. She received the 2010 Business Award from Key Women of America Inc. She is a member of the Women Jewelry Association, National Association of Professional Women, Black Retail Action Group and National Honor Society in Psychology.

​Ms. Modeste shares her experiences and wise-business tips with professionals and students. Her volunteer partners include Free Arts Inc., York College Commemorative Quilt Committee and New York City Public Schools. Her volunteer experience includes working with abused children on art projects, and helping them to improve their reading skills. Students benefit from her wealth of experience, particularly through mentoring, coaching and teaching. Her ability to effectively communicate with ease to people of varying ages and background makes her an effective mentor.

​Ms. Modeste holds a B.A. in Psychology from York College: City University of New York. She was recognized by the National Honor Society for Academic Excellence in Psychology, and holds Certificates in Diamonds and Colored Stones from the Gemological Institute of America. 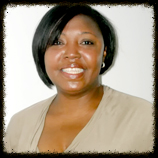 ​Nkechi earned a Bachelor of Arts in Political Science from Lehman College and a Master of Arts in International Relations from City College of the City University of New York. She was born in Jos, but grew up in Enugu and Lagos State, Nigeria. Two major events have played a significant role in the path Nkechi has chosen. The first was being born a girl in Nigeria and the other, a personal tragedy. Despite being born in an Ibo culture in which some show a preference for a male child over a female child, Nkechi at an early age was determined to prove that girls are equally important. Nkechi was also fortunate to have had a father who believed in educating girls. She credits her sense of independence and the ability to leave her native country for the US to her father’s foresight in sending her and her siblings to a boarding school.

Still, nothing prepared Nkechi and her family for the unknown. On June 14th , 2011, her world was shattered when she received a phone call from Nigeria that her mother was kidnapped for a ransom. This experience was traumatic not only for her mom but her entire family. Her mom was taken for eight weeks and after her return, her beloved father passed away a month later. Instead of seeing her mom as a victim, the situation gave Nkechi the courage to stand up for the voiceless; to educate, mentor and be a voice to girls in underserved communities in Nigeria. According to Nkechi, “My mom now has a voice through me.” Though she was violated, Nkechi is using that adversity to help her support many unknowns who have been equally violated.

Before Kechie’s Project Inc, Nkechi had vast experience in the fashion industry, with years working for luxury labels and retailers. While at Neiman Marcus, she received numerous awards as one of the top associates in new account acquisitions. Nkechi was a top producing Brand Specialist for Elie Tahari and Piazza Sempione at Saks Fifth Avenue, New York. She was consistently over one to two and a half million dollar Sales Consultant and was a member of the Sak's Elite Million Dollar Club. Nkechi has a strong record of achievements in driving revenues, motivating a team and building relationships. What set Nkechi apart from her colleagues while in the fashion industry was her uncanny ability to communicate and relate with people from diverse backgrounds and culture. Her strong work ethic and branding ability made her a very valuable and reliable employee.

However, it was her passion to make a difference in the lives of others and give back to her community that led to her resignation at Saks Fifth Avenue to found Kechie’s Project, Inc. Nkechi believes in inspiring and empowering girls in Nigeria and in our local community here in New York through education, mentorship, and opportunity. According to Nkechi, “Nigeria is a country near and dear to my heart, not only because it is where I grew up, but also because each time I visit I am directly faced with unfavorable conditions, moving me to make a difference.” As opportunities for African woman are limited, Nkechi affirms the notion that education equals empowerment; when a girl is inspired and supported she will empower and help her family and her community. Nkechi is giving back to her local community here in the US and in her native country of Nigeria because she sees herself as a return of the investment made by her parents and United States Education System in giving her the gift of education. Nkechi has been creating  awareness through her organization to the yearning need of representing and educating girls, inside and outside of Nigeria